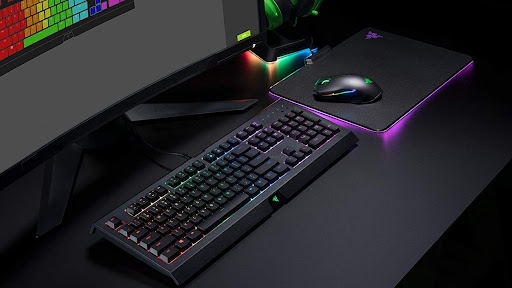 Recently, gamers have really latched onto the idea of filling their gaming space with RGB lighting and it's easy to see why. Just as a moth sees the beauty of the sun in a bulb, RGB lighting setups look absolutely gorgeous and they give an aura of enchanting mystery wherever they are used - and where else could that be more appropriate than in the place where you spend hours losing yourself in fantastical virtual realities? Whether you want to enhance your own gaming space or want to give somebody the gift of RGB light this Christmas, you’ll be happy to know that Amazon currently has up to 41% off some key RBG gaming products. If you want to, you can have RGB lighting on everything in your game room, from your gaming keyboard to the walls. Then, once you’ve got them in place, you can synchronise the lighting effect, creating calming pulsing patterns or even have the lighting change in response to your actions or even in response to music. It’s a wonderful way to create a space sp
Post a Comment
Read more 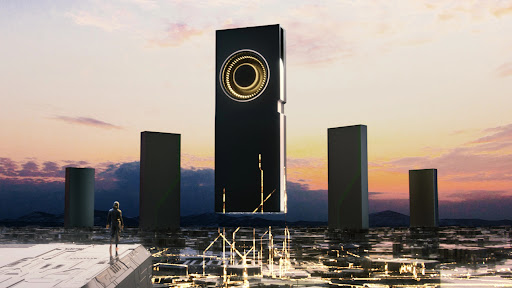 Despite rumours suggesting that Nvidia hopes to release RTX 4000 graphics cards in 2022, the company is also reportedly planning to release three new GeForce RTX 3000 GPUs in January. These three cards are said to be comprised of all new entry-level RTX 3050 , a high-end 3090 Ti , as well as a refreshed 3070 Ti with 16GB of VRAM . According to new information obtained by Videocardz , it looks like the 3070 Ti 16GB will be announced by team green on December 17, and will be on the shelf January 11, 2022. There's no reveal date for the 3090 Ti yet, but the outlet claims it should be available to buy January 27, 2022. It's likely the two aforementioned GPUs will rank among the best graphics cards you can buy, provided their launch doesn't mirror the recent release of the RTX 2060 12GB . However, Videocardz has also received confirmation that Nvidia will reveal the presumably much cheaper RTX 3050 on January 4, 2022, possibly during the company's CES press conference,
Post a Comment
Read more 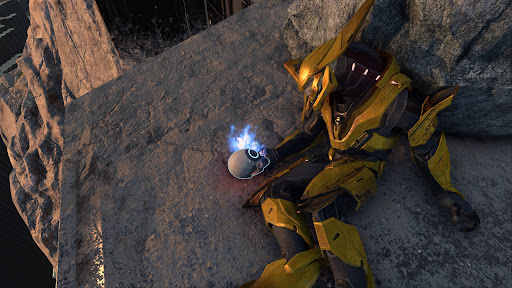 Want to know where to find the Halo Infinite skulls? As Halo veterans know, skulls have always been a real pain to find in every campaign in the series. However, when you find these skulls, you can use them in the campaign menu to add modifiers, such as doubling the explosion radius. While you can find a few skulls on the map in the open-world game, there are also specific missions with skulls hidden throughout the campaign. Unfortunately, these skulls are easy to miss, and there’s no way to replay missions without starting from the beginning. Since the Halo Infinite campaign length is reasonably long, you should probably know where to find them first time around. So here are the Halo Infinite skulls locations, modifiers, and key details you need to know before setting off from the nearest fast travel location. View the full site RELATED LINKS: Halo Infinite release date , Halo Infinite system requirements , Halo Infinite ranks from PCGamesN https://ift.tt/3m7SOTB via IFTTT
Post a Comment
Read more 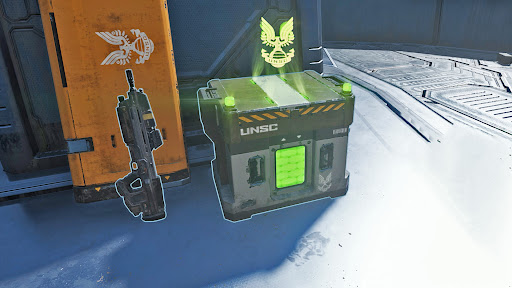 Searching for Spartan Cores in Halo Infinite? Master Chief’s foray into the open world of Zeta Halo introduces RPG mechanics to the series. For the first time in a Halo game, players can upgrade Master Chief’s Spartan armour using the Spartan Cores spread across the map. There are upgradeable abilities acquired during the early hours of the campaign - check out our latest guide to find out how long the Halo Infinite campaign is. You might find Spartan Cores on your travels, but the most reliable way to collect them is to capture forward operating bases, also known as FOBs. The map reveals every hidden item in the surrounding area once you take over an enemy outpost. Remember, you don’t need to capture an FOB to claim Spartan Cores - skip out the hard part by going directly to the cores. Halo Infinite has plenty of collectibles, including unlockable multiplayer skins, skulls, and audio logs. Don’t worry if you are unsure about what suit upgrades to pick, we’ll break down the best ab
Post a Comment
Read more 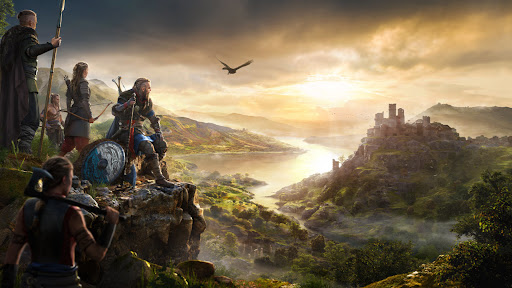 Assassin's Creed Valhalla is a massive game, whether you're measuring it by the scope of the world, the hours of content, or the install size. That last one is an unequivocal negative, but the game's next title update will shrink the game's footprint on your hard drive a good bit. You'll just have to download an absolutely massive patch to make it happen. Title update 1.4.1 for Assassin's Creed Valhalla features a data restructuring - basically, the devs are repackaging the game files to be more efficient after all the updates over the past year. That means you'll have a smaller install size, plus improved performance across the board, with "faster loading screen times, improved world data streaming, and overall runtime performance." But it also means that you have to essentially redownload the entire game with this update. On PC, that's a 78GB download (console patch sizes range from 40GB to 71GB, as you can see in the update notes ), whic
Post a Comment
Read more 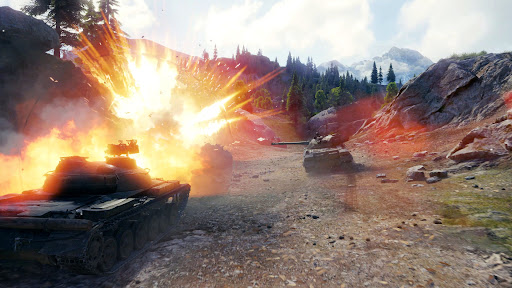 The hugely popular military MMO, World of Tanks, is now offering new players a bumper sign-up bonus if they sign up before the end of this month. In addition to a beefy tank to start you off strong, and 600 gold to spend in game as you wish, this offer also gives players unlimited access to a premium account for seven days - all for the grand price of absolutely nothing. With a worldwide userbase of over 160 million players, you’ll pretty much always have an opponent ready and waiting whenever you want to play. Just sign up to one of the best tank games using this link and you’ll gain access to all the goodies mentioned above. Starting a new MMO can be daunting (especially one that’s been around as long as WoT), but that’s part of what makes this deal so great: the M22 Locust is a tier 3 premium tank which would normally cost 900 gold. By signing up now and claiming your bonus, you’ll gain some early leverage against the more seasoned players who have been playing for years. If yo
Post a Comment
Read more

Info - How long is the Halo Infinite campaign? 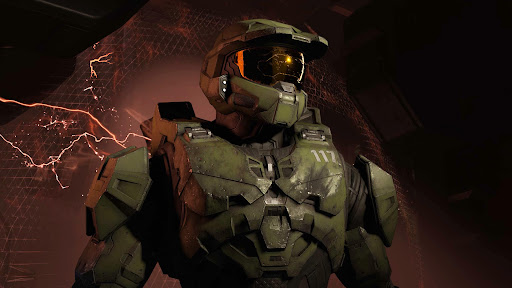 Want to know how long Halo Infinite is? 343 Industries has made some big changes to the single-player campaign in this FPS game . Unlike the linear, mission-based campaigns in previous Halo games, Halo Infinite features an open world, RPG mechanics, and a grappleshot to traverse the environment. After the negative reaction to the campaign demo in July 2020, Halo Infinite was delayed until 2021 to give the game some much needed polish. This is also the reason Halo Infinite’s campaign doesn’t feature co-op at launch, another first for the series. The devs have confirmed that they plan on launching the co-op campaign during Season 2 - this means players may have to wait until May 2022 to fight against the Banished with their friends. It’s not all bad news though, as Halo Infinite’s free-to-play multiplayer mode was released ahead of time as an open beta, to celebrate the series’ 20th anniversary. This is the biggest shake up to the Halo formula in some time, but does the Halo Infinit
Post a Comment
Read more
More posts